This was a fun way to take family photos. More laughs. Less stress. 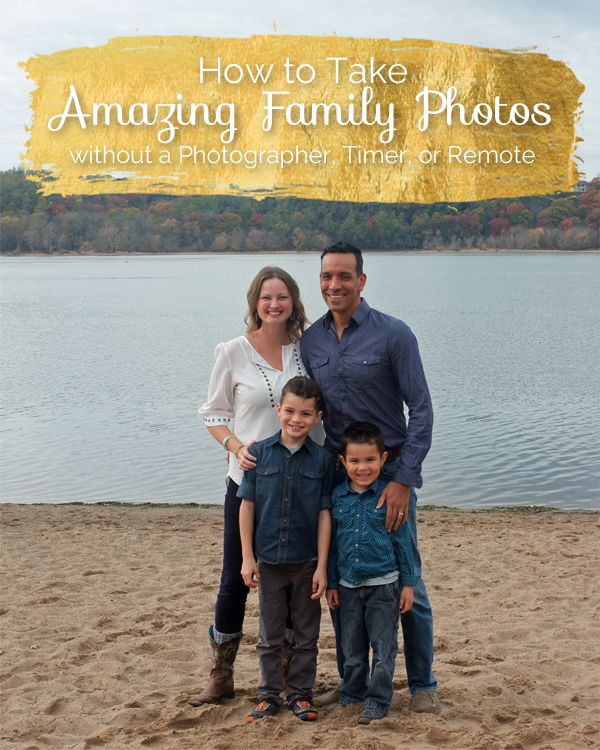 For the last few years we’ve struggled with getting a great picture for our Christmas card. For a variety of reasons we haven’t been able to work with a photographer, because…

We’ve tried a few different ways to DIY our family photos. A couple of years ago we set up a backdrop in the dining room and used a self-timer to snap the shots. They turned out pretty cute, but when using a timer or remote it’s tough to be relaxed and natural in the photo because you’re still the photographer.

Last year we were completely photo-less when the holidays rolled around. I ended up making a collage of photos from the year, but there wasn’t one single photo on the card with all of us in it.

So this year I was super excited when a neighbor and new friend asked us to do a family photo session swap. It was the best. We had fun, the kids had fun, and I think the photos speak for themselves.

We met up for a late brunch last Sunday near where we wanted to take photos. We decided to shoot along the waterfront in Hudson, WI. We knew there were a variety of options there for different backgrounds…from the fall leaves, the beach, the park, and the pier. 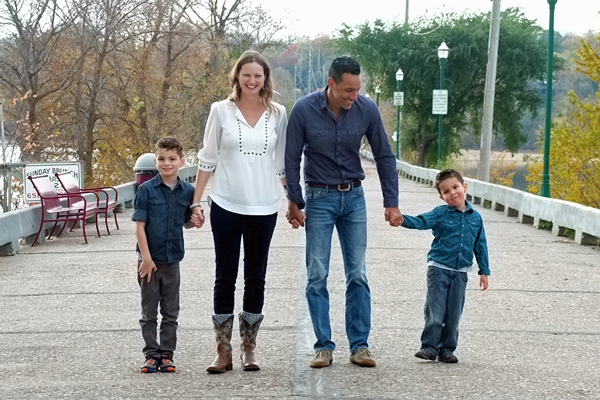 Don’t take yourselves too seriously. I love how this shot isn’t overly posed.

After brunch we spent about 45 minutes taking photos. We both had good cameras so we decided to shoot with both cameras. We tried to make sure the two people shooting were always very close together so no one was looking at the wrong camera. We had our camera stabilized on a tripod. The other camera was set for a fast shutter speed and we used it handheld. They also had a nice zoom lens which helped. 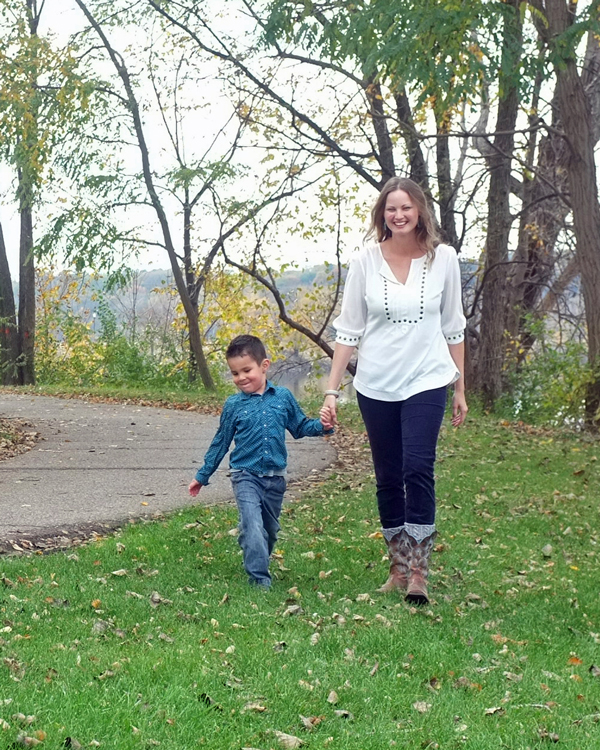 Get the action shots. Although this picture isn’t perfectly crisp, it captures a moment I will treasure forever.

The shoot was a lot of fun and there was no pressure at all. We just took a big stroll through the park and stopped to snap photos when we saw an interesting backdrop. In this one session, we captured fun on the beach, walking through the park, climbing trees, and a stroll along the pier. In each location we just traded off who was being photographed and who was behind the cameras. 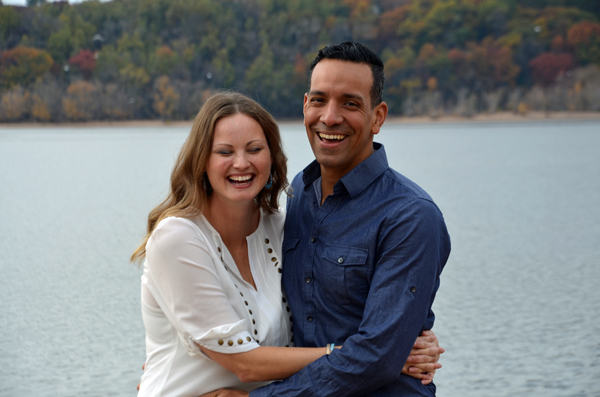 Capture the candid shots. This is my fave of my husband making me laugh.

We took hundreds of shots between the two cameras. I know 200+ photos per family sounds like a ton, but as amateurs we wanted to make sure we got the shot. Thank goodness for digital cameras where it doesn’t cost anything but a little memory to take extra photos. 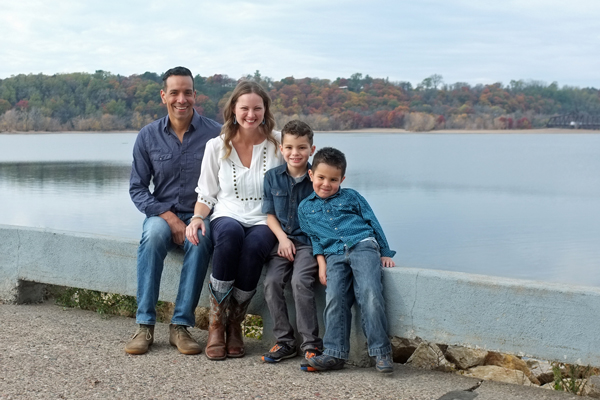 Try a variety of poses and backdrops to see what feels the most natural.

After the session, I offered to sort through and edit the best photos for both families, since I had Photoshop and use it regularly. Our neighbors downloaded the photos from their camera onto a flash drive. Then, I took our families photos off the flash drive, leaving only the originals of their family. After I finished editing the best photos I uploaded their edited photos back to the same flash drive with their originals.

This is the first time in a while I’ve been excited to order Christmas cards knowing we have so many great photo options to choose from…and they are all at our digital fingertips. Now to find a Christmas card that can showcase all the photos I want to use…