You guys rock.  You had such great insights on the great sectional fabric color debate.  Going into it I was pretty convinced Lagoon was the way to go.  I may have been swayed by a very gloomy day where the Ink Blue looked almost black and scared me.  I dismissed Dove Gray pretty quickly.  As much as I would adore a silvery couch, I have a border collie/sheltie mix and she sheds horribly.  Darker colors are definitely better. 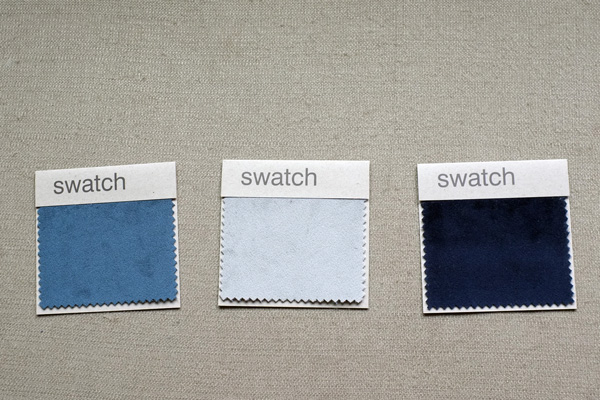 A few readers wisely suggested using a navy sheet or blanket to cover the sectional and see if I liked it.  Others suggested Photoshop.  Both ideas were genius.  You would think with the amount of time I spend on Photoshop, I would have thought of the second one.

So, I have this cute whale print throw with a dark blue back side.  I threw it over the end of the sectional nearest the yellow chairs.  It is not as dark or navy as the Ink Blue (see the comparison below), but it is the closest I’ve got.  I definitely like it. 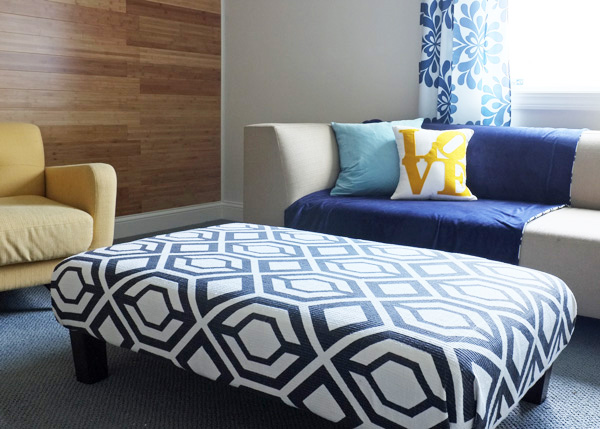 I continue to worry the Ink Blue will be too dark and read as black in poor lighting.  Maybe a lighter blue, like the stand in throw, would ease those fears. 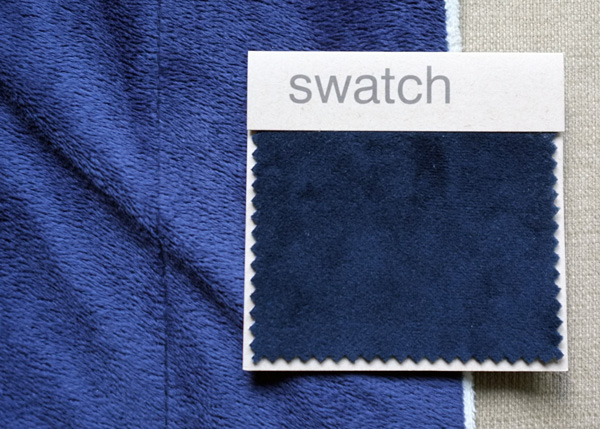 Too bad I don’t have a good stand in for the Lagoon color for comparison.  That’s where our friend Photoshop comes in.  With a few clicks, I was able to make these crude mockups of the sectional in Ink Blue and Lagoon. 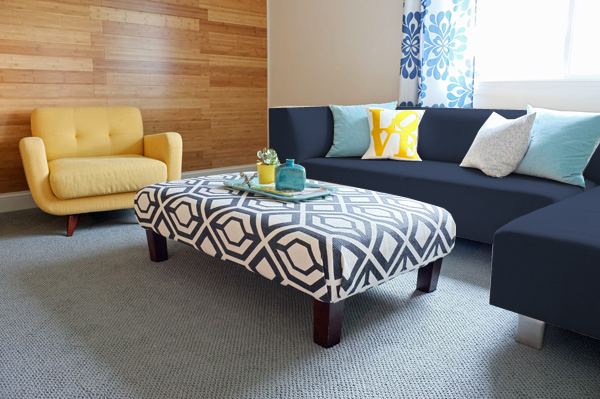 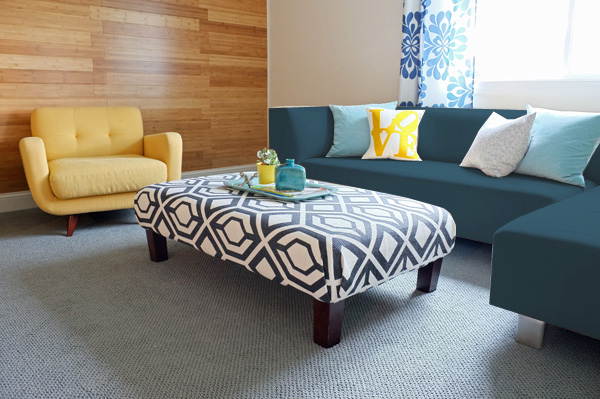 I was shocked by my own reaction.  I was certain my heart-strings would tug at the teal color.  But, after seeing the mockups, I was in love with the navy.  It looks amazing with the yellow chairs and the bamboo wall.  Just as many of you suggested, the navy allows the ottoman and yellow chairs to show off.

Excited with my mockups, I showed them to my hubby without revealing my favorite.  He chose the teal.  He did not even think about it.  The second he saw the teal, “ooh” slipped out of his mouth.  Well, now what?  We are at a stalemate.

My hubby gave in quickly to the navy.  He does not think it is that big of a deal.  I explained that it would be an order for 20 or more yards of fabric.  To me that is big.  He said, “It’s an expensive decision, not a big one.  Either one will be fine.”  He is probably right.  If we love them both, we probably can’t go wrong.

I am so glad I did this little exercise.  I have to admit I am totally nervous about ordering about 20 yards of fabric to recover this sectional.  I haven’t even begun to think about actually recovering it.  I plan to do it myself.  The sectional has a pretty simple boxy shape.

Which color do you like best?  Did the mockups change your opinion?