I pinned, then I created!  This past weekend I made a commitment to participate in the Pinterest Challenge Fall Edition with Young House Love, Ana White, Bower Power, and House of Earnest.  Since making my commitment I worked feverishly last night, after the kids went to bed, to finish up my project.

I chose to make my own version of this round mirror with leather strap, also called a Captain’s mirror, which I pinned via a roundup of round mirrors on Apartment Therapy.  My goal was to make a small collection of Captain’s mirrors for this strange spot of wall by the stairs in my foyer.  I also definitely wanted to make something more economical than some of the $295+ versions.

My mirrors are quite a bit smaller, with the largest at 11″ diameter, but all three of them combined were less than 1/10 the cost of the inspiration mirrors.  I found a set of 5 round mirrors for $15 by Martha Stewart at Home Depot.  I liked the mix of sizes which were a perfect fit for my strap idea.  For the straps I searched high and low at the local Savers thrift store for dark brown leather belts.  I preferred belts the same width as the mirror frame, but since I was on a timeline I was flexible.  I found one belt that was the perfect width and two others that were slightly wider, but the right color.  I got each belt for less than $2.  The total for my three Captain’s mirrors was $21! 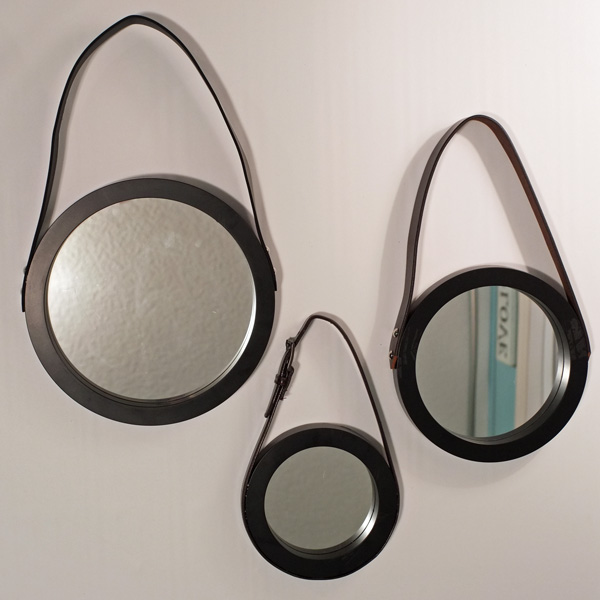 Want to make your own?  Although I was pressed for time, I still managed to document everything for a quick tutorial. 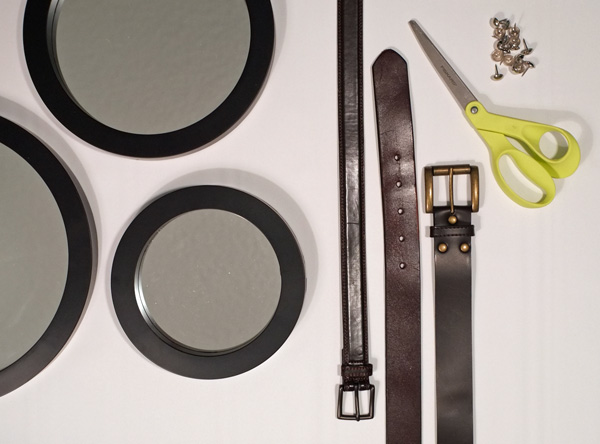 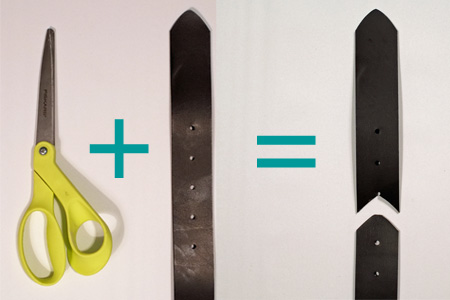 Using the scissors cut off the last three or more belt holes.  You only need two holes.  Use another belt as a guide for cutting a similar shape to make a new end.  Line the other belt right up to the hole to cutoff and then cut the rounded tip. 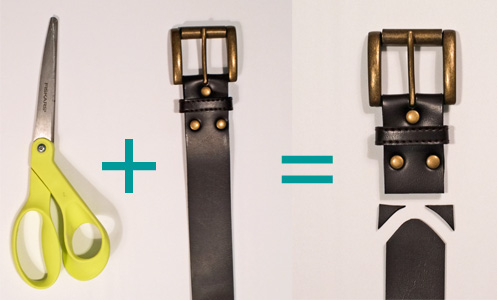 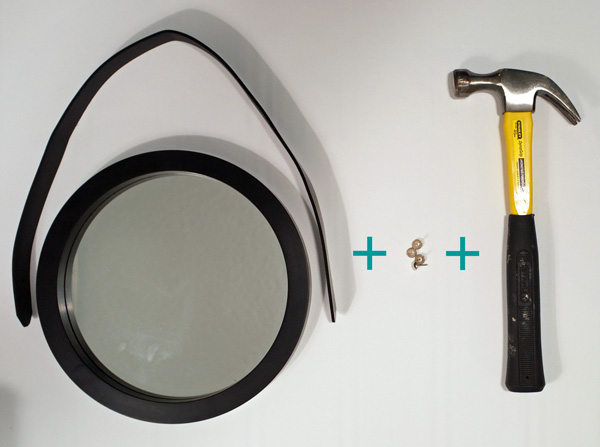 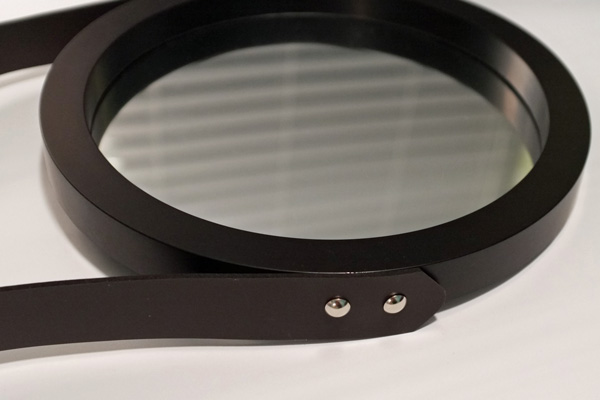 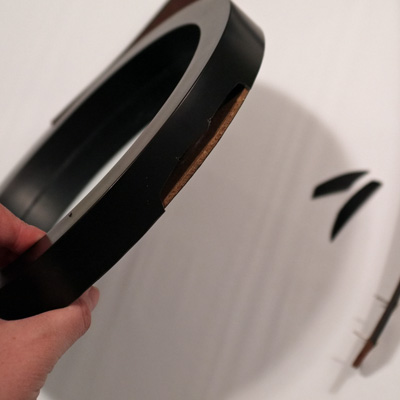 In full disclosure, I actually broke one of my mirror frames when pounding in one of the tacks.  My mirror frames were some sort of plastic, not wood…what else could I have expected for about $3 a mirror.  I glued the frame back together with E6000 before gluing on the belt and tacks.  I plan to hang the mirrors from the actual picture hanger on the back, not just from the leather strap.  The strap is more decorative, although the ones that did not crack seem very sturdy. 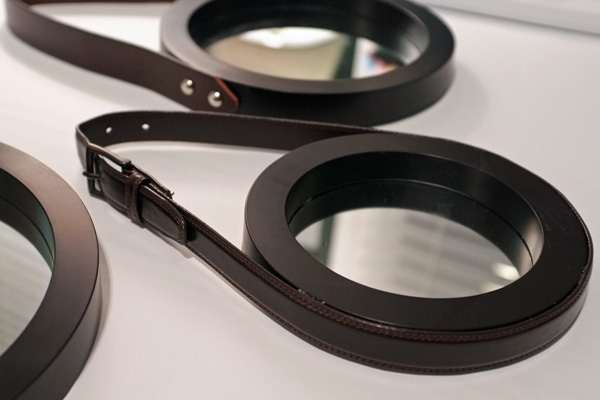 For my smallest mirror I took a slightly different approach.  I kept the whole belt together.  It was the narrowest belt, matching the mirror frame width exactly, and it was also the shortest belt (most likely a child’s belt).  I wanted to wrap the mirror with the belt and keep the buckle on the strap.  It was not long enough to go all the way around and allow for a strap.  Instead I positioned the buckle above the mirror on the “strap” and I glued the belt around the bottom half of the mirror.

I still have a bit of work to do to finish this project…like actually hanging the mirrors in the foyer, but I consider this challenge completed.  I pinned something I loved and I made my own version.  The Pinterest Challenge was a much needed push to complete a project from all the inspirations I have been pinning.

UPDATE: The Captains mirrors became a mirror gallery for the foyer!

Please hop over and check out the other great Pinterest Challenge projects at Young House Love, Bower Power,  House of Earnest, and Ana White.

Did you take the Pinterest Challenge?  Did 6 days seem like a time crunch or did you find it motivating?