I found this amazing tray at West Elm in the clearance section.  I am sure if I had seen it at the original price of $79 I would not have thought it so amazing.  But on clearance it was marked down to $19.97 and the weekend I was in the store all clearance items were an additional 15% off.  So, I got this gigantic grey wooden tray for $16!  It is 24 inches in diameter and very well made.  Despite my rule (that I obviously break all the time) of only buy things you need or have a purpose for, I just had to have this tray.  Now, I secretly which I had bought two. 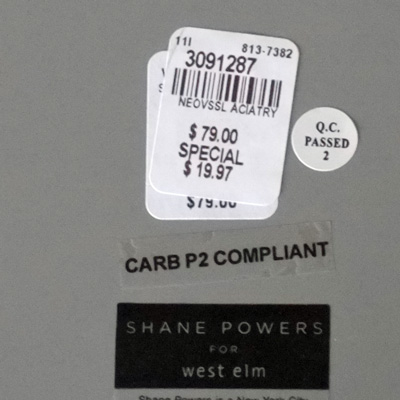 I had no plan for the tray, but knew I wanted to do something to jazz it up.  I had a Michaels gift card burning a hole in my pocket and had been seeing the new Martha Stewart stencil line all over the place.  I ran over to Michaels and drooled all over the new Martha Stewart stuff.  I want it all, but decided I better start small.  I chose one stencil set with a bunch of patterns I liked. 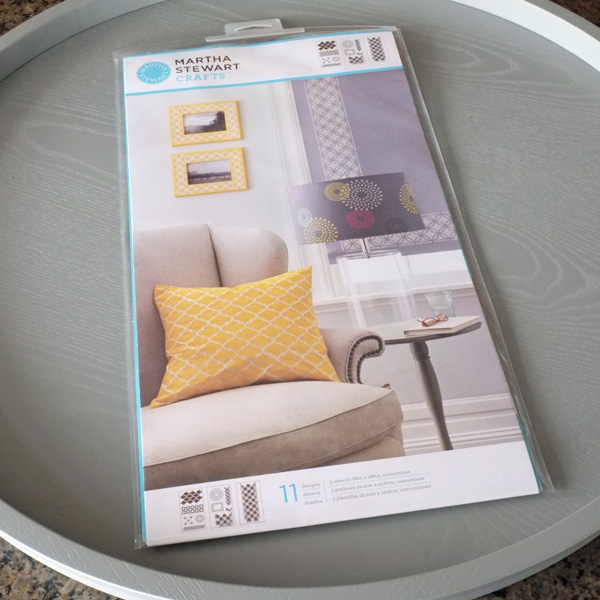 I chose my favorite two stencils and then gave my husband the final vote.  He chose this awesome star design.  I used Martha Stewart Wedding Cake white acrylic paint to stencil the stars on the grey tray. 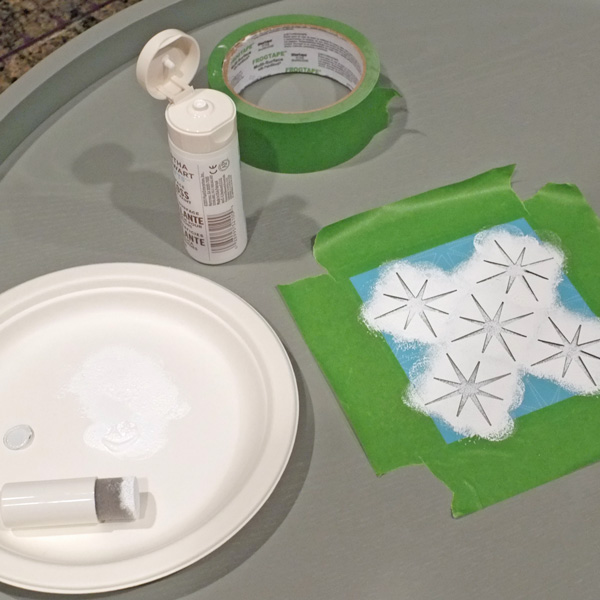 My first few attempts were horrible.  Thankfully they wiped off easily with water while still wet, since I am stenciling directly onto a finished tray.  Luckily, I finally got a hang of the foam pouncer and doing a few light coats to avoid bleeding. 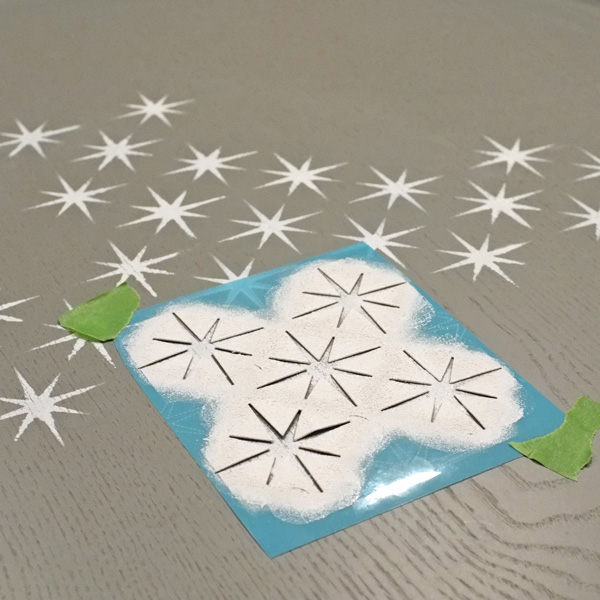 From there the stenciling went well, except this stencil was so small and my tray was so big.  Each stencil placement only made 5 stars in about a 5 ” x 5″ area.  The tray is 24″ in diameter.  It took me several evenings to complete this tray. 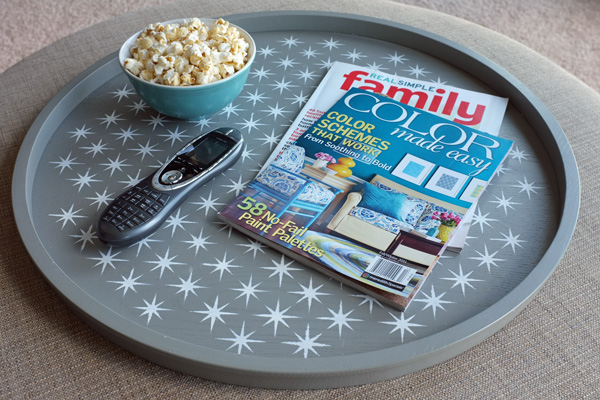 It took a while, but the finished tray is stunning!!!  My dream would be to use it on our big round ottoman in the living room with a snack and my favorite magazines (yes, I still buy magazines although they are getting harder to come by).  I am just not sure if that is practical with two rowdy boys around here.  I don’t want the tray to be used as a shield or to build a fort. 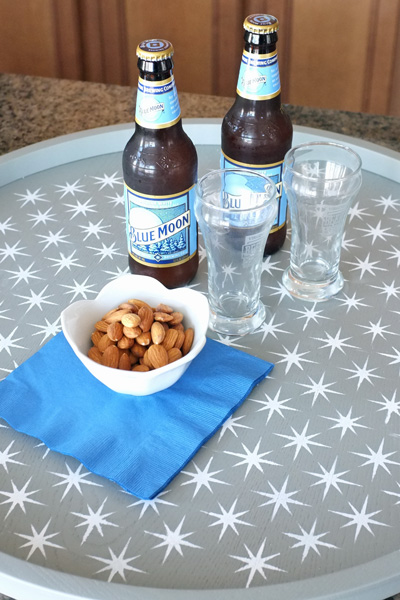 It also looks fabulous on the kitchen island for serving snacks and maybe the occasional adult beverage. 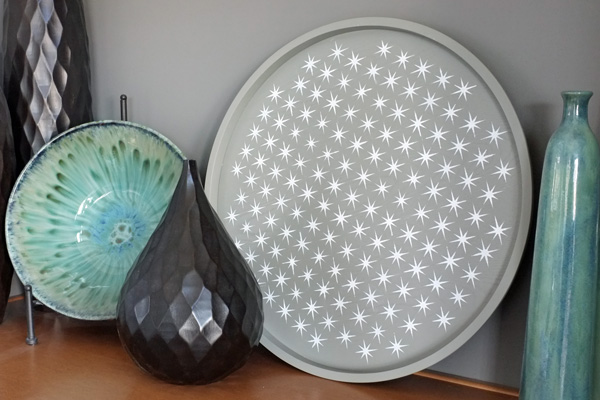 In between uses the tray could live on display in the family room built-ins, so I can admire the stenciled design.  Not sure if the gray on gray looks right. 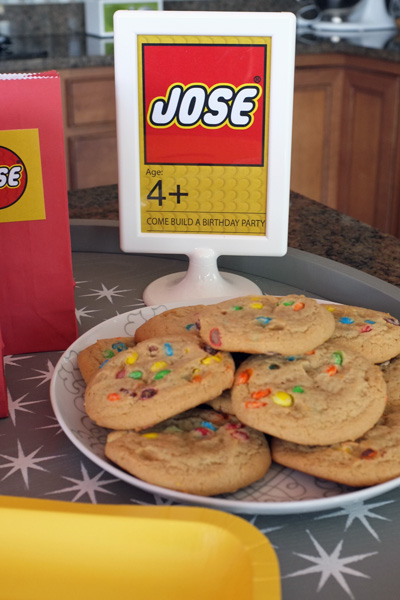 Until it finds a more permanent home, I will definitely be pulling it out for entertaining.  I used it at my son’s lego party before it was even complete.  More on the lego party later this week.