Halloween around here is a last minute affair.  Although, I have been daydreaming about a white and natural Halloween, I have not put an ounce of energy into decorating until yesterday.  Luckily, several of the projects I had on the to-do list were easy and perfect for a holiday-decorating-procrastinator like me. 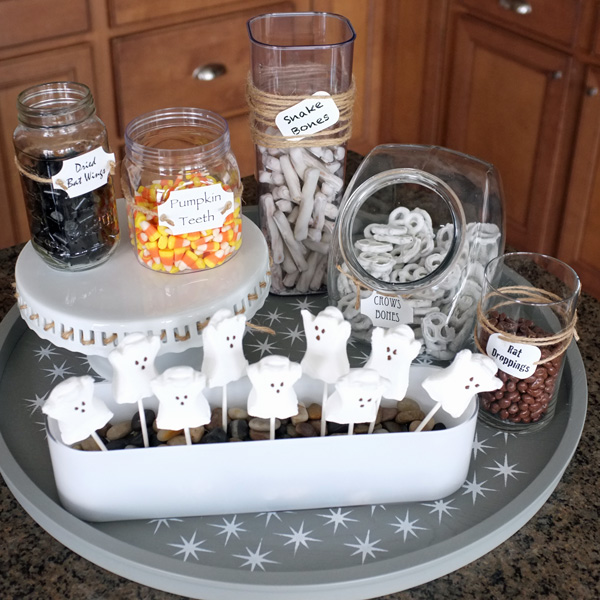 My favorite project was creepy candy inspired by House of Smiths.  Shelley made a fun candy centerpiece with creepy candy names.  We copied several of hers and then added in a few of our own.  I printed the treat labels on label paper.  Unfortunately, I printed them on the wrong side (that is what happens when I craft while making dinner).  Instead of reprinting, I grabbed my hole punch and twine to attach the labels. 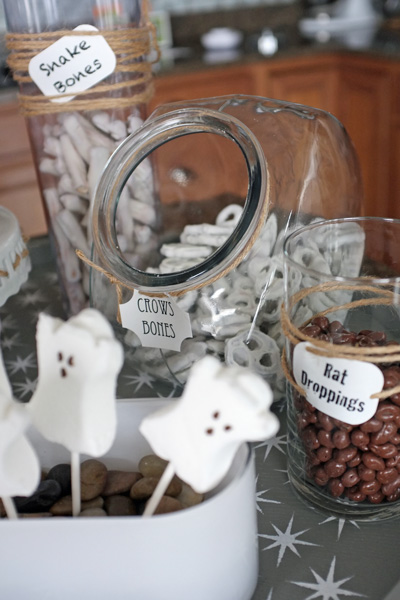 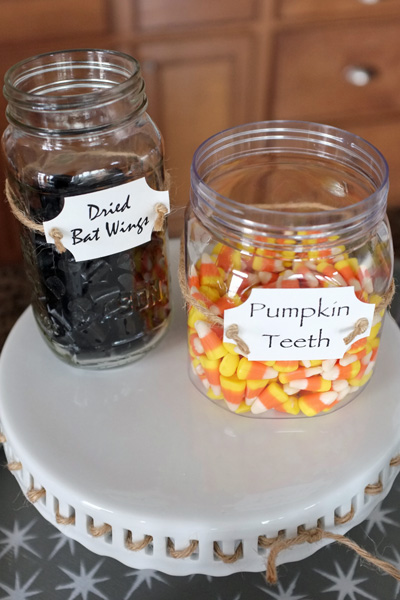 I styled the creepy treats atop my giant decorative tray.  I used a mix of glass and plastic containers.  The cake stand adds some height variation.  I got the inexpensive cake stand at Home Goods and it had an ugly polkadot ribbon running through the edge.  I pulled that out and have previously used the cake stand plain.  For Halloween I wove jute twine around the cake stand. 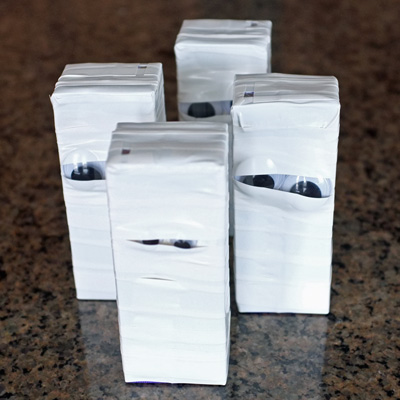 The mummy juice boxes, via Blue Cricket Designs, were quick and easy.  While out running other errands, we swung by Home Depot to grab the white vinyl electrical tape.  While I wrapped tape around the juice boxes, my son picked out the pairs of googly eyes.  A little more electrical tape holds on the eyes.  The boys will each have a mummy juice box for Halloween lunch and dinner…just a small thing to make the day feel special. 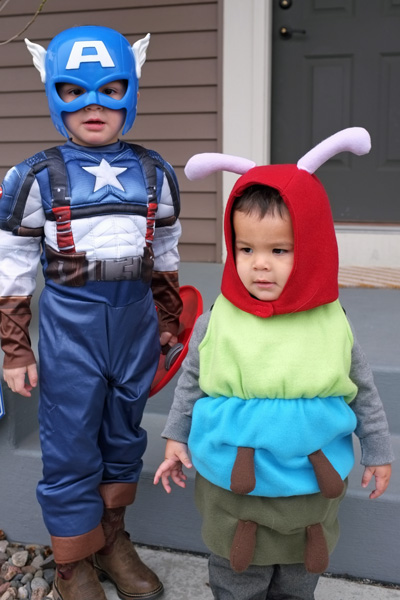 Just as I decorate last minute for Halloween, I tend to procrastinate on making costumes too.  Luckily, my oldest wanted to be Captain America (store-bought costume).  For my youngest, I wanted to make my youngest a Very Hungry Caterpillar costume inspired by the one sold by Pottery Barn Kids.  The inspiration costume was about $90 and I just could not stomach paying that for a costume that might only be worn once.  Since my son is only 18 months old, I think altogether there was at most a yard of fleece required.  Over the course of the last two evenings I was able to make my own version for $15! 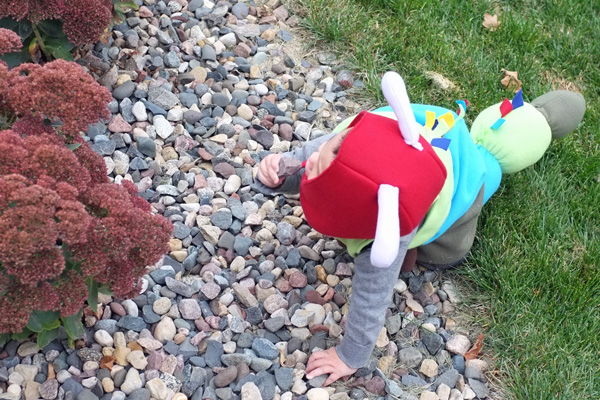 He is a very hungry caterpillar, indeed…trying to munch on the rocks in the garden.  Also, when he runs the caterpillar tail wiggles back and forth behind him.  It is hilarious! 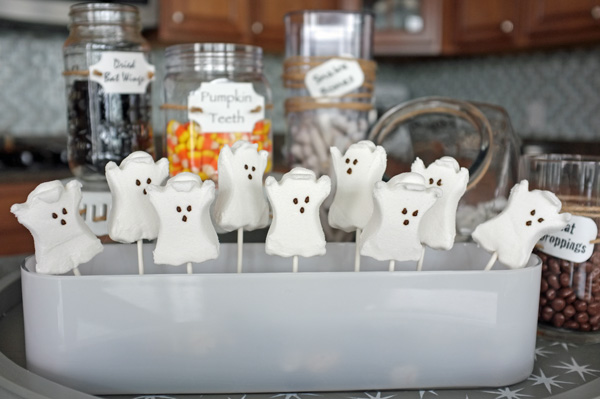