This past weekend we celebrated my son’s 4th birthday!  (I am still totally in denial that he is already that old.)

I absolutely adored Kristen’s idea to put balloons in her son’s room while he slept, so he would wake up to a birthday surprise.  Check it out on her blog 6th Street Design School.  The idea is so simple, but genius. 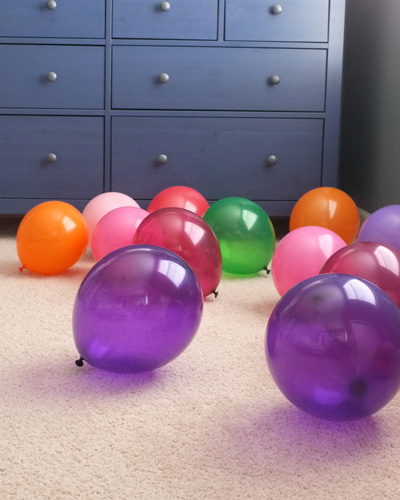 We decided to do this for Pepé.  Unfortunately, the helium tank we had was empty.  We decided to do the next best thing…blow up a bunch of balloons and pour them on his bedroom floor.  Equally fun!!!  He woke up at 3am and came into our room telling this long story describing the mysterious balloons in his room.  I think he thought he was dreaming.  We asked why their were balloons in his room and at first he did not know, then with some prompting he remembered it was his birthday.  He was so excited he wanted to start the party right then and there.  We, on the other hand, wanted a little more sleep.  We put him back to bed and woke up a few hours later to him and a few balloons in our bed :) 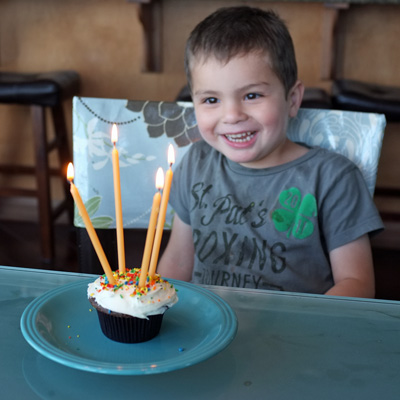